The following are just a few of the many news clippings about Constance A. Morrison RN., J.D. 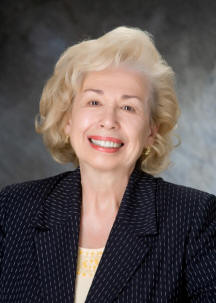 Nurse practitioner-psychotherapist Constance A. Morrison said it is extremely healthy to commemorate the 10-year anniversary of the Worcester Cold Storage and Warehouse Co. fire by remembering the men who lost their lives, as well as their families, firefighters and the entire community.

“Those wonderful, wonderful men, we’ll never forget them,” Ms. Morrison said. “It was such a sad event. You know, some days it feels like yesterday, and on other days, it seems like 100 years ago.”

On that frigid night of the fire, Ms. Morrison counseled families and firefighters in St. Stephen’s Church on Hamilton Street, a short distance from where she lived at the time. Ms. Morrison grew up in the neighborhood and attended St. Stephen’s high school.

Since that time, Ms. Morrison also has experienced loss. Her husband — and soul mate — Paul W. Shapter Jr., died in her arms at 6:05 p.m. Aug. 6, 2008. The couple were married 22 years, and traveled the world together, often as American Red Cross volunteers. He was by her side the night of the fire, doling out hot coffee and warm blankets, and in New York City after the Sept. 11, 2001, terrorist attacks.

The couple worked for the Federal Emergency Management Agency and the federal government’s Department of Homeland Security. Tom Ridge, the first secretary of Homeland Security, honored Ms. Morrison March 1, 2003, in Washington, D.C., as a founding member.

“He was my support during that time,” Ms. Morrison said. “He got me through it.”

Ms. Morrison, who remains committed to the American Red Cross, frequently lectures and teaches on advanced nursing practices, disaster preparedness, forensic science and risk management strategies around the world now. She traveled to Turkey in October, and left for Singapore Nov. 15. Her next trip will be to India.

“I came to where I am now to find some peace; I do a lot of work with children now,” said Ms. Morrison, who lives in Plymouth, N.H. “I always look to find the meaning in life.”